Q: How did you come to be involved in Run and what drew you to it?

MW: There was lots to be attracted to. The writing was extraordinary and it’s a pretty
amazing premise. The pilot script was so unique that it gave them a wealth of options
where to take the story. I think that will be the same for viewers — they’ll want to keep
watching to figure it out and see where it goes. I auditioned, then went in again to read
with Domhnall [Gleeson] and meet Vicky [Jones, writer, creator and executive producer]
and Kate Dennis [director and executive producer]. By the time I went in for the second
audition, I’d been working for a month on [Netflix true crime drama] Unbelievable and
the energy for that part was so different — driven, relentless, tight and determined — I
realised there was something in me craving something more playful. Run gave me
space to play, among many other things.

Q: Obviously Vicky Jones and Phoebe Waller-Bridge made their names with
Fleabag and Killing Eve. Were you a fan of those shows?

MW: Of course! I’d seen Fleabag and really fucking loved it, like everybody else in the
world. I don’t have cable so I couldn’t watch Killing Eve when it came out and hungrily
waited for the DVD release. In fact, I’d just started to watch it and was a couple of
episodes into it when the Run audition came up. I put it away at that point. I have a
tendency to do that — when I start working with someone, I’ll put their work away, I’m not
sure why. 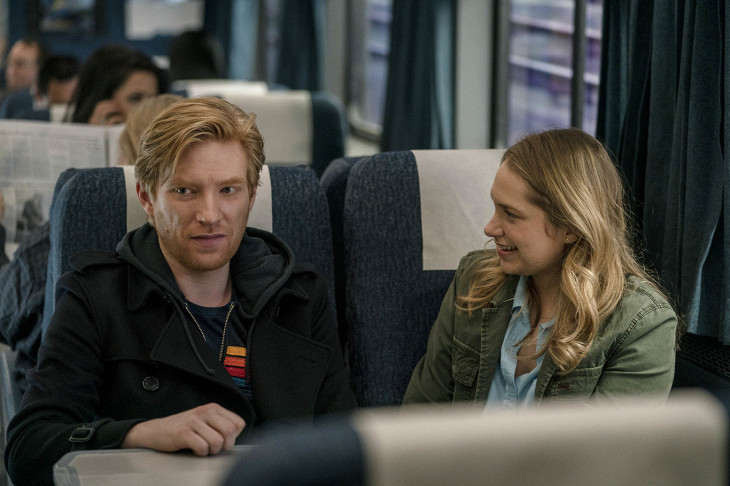 Q: Were you excited to play opposite Domhnall Gleeson?

MW: Very much. The brilliant people involved were one of the things that made me
really want to do this project. When I heard he was cast I was like, Oh jeez, wow. When
I went in to read with Domhnall, certain parts of Ruby showed up that hadn’t been there
before. I remember noticing how present he was, how closely he pays attention and
listens. He’s truly a wonderful actor.

Q: What can you tell us about your character, Ruby Richardson?

MW: Goodness, she’s hard to describe — that’s what makes her so interesting! My
experience of playing Ruby was one of always trying to pin her down and get my hooks
into her. It kind of reflects the pace of the show — I was always chasing her. I could relate
to so much of her emotionally and there were things in her that really resonated, but I
also found her unpredictable and mercurial. The harder I tried to put down roots, the
more the earth seemed to shift. It was frustrating sometimes but also thrilling — and
maybe not inappropriate, given the material. I just had to show up to work, pay attention
and be in love.

Q: Did you see her as a heroine, anti-heroine, femme fatale or somewhere in
between?

MW: As an actor, I tend to think about characters from the inside, not the outside, so
often those distinctions never even occur to me. But I do remember being so shocked at
getting the part and wondering if they’d mistaken me for someone else. I emailed Vicky
saying something like “I’m worried that I can’t be that girl and that thing”. She wrote
back eloquently and at length, but what I took away from it was “Ruby can be all the
things”. So I let her be all the things. Sometimes I felt like she was too many goddamn
things! She was everywhere and all over. I just had to give into it. I hoped that if I stayed
in the moment, every single moment, she would end up coming across as honest.

Q: What were your favourite moments to film?

MW: I enjoy so little when I’m working. I’m always racked with doubt and it’s very
fraught for me. But I’m working on that! Whenever I was able to make Domhnall laugh,
that felt good. That was a nice day. 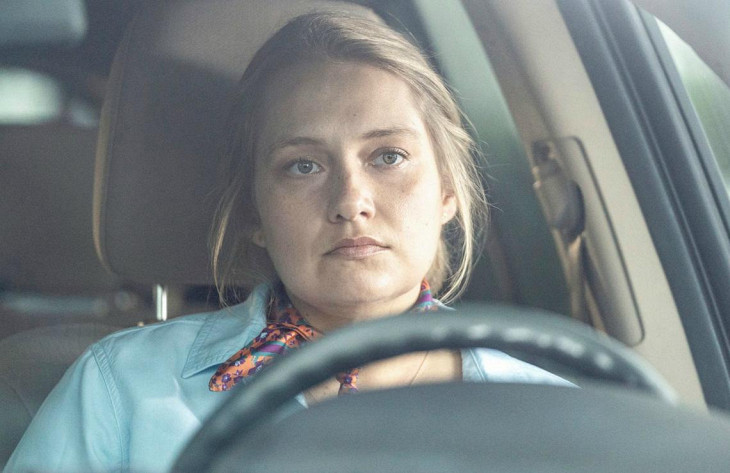 Q: Run is genre-defying, combining comedy with romance and thriller elements.
Was that an attraction too?

MW: Oh for sure. I don’t even think, when I went into it, I truly realised the extent to
which the tone was going to twist and turn. That kept us on our toes. Hopefully it will do
the same for viewers.

Q: Do you think viewers will relate to the theme of breaking free and reinventing
your life?

MW: Some people certainly will. I can relate to it. There are times when I think if I’d had
a driver’s licence, I may have run away from certain things! I would have just gotten in a
car and said, “No way, I’m going.” But do you know what? I always thought of Ruby as
someone who was running towards her life, as opposed to running away from it. At the
forefront of my mind wasn’t what she left behind but what she was running towards and
why. For me, that made what Ruby was doing very brave and courageous. I was proud
of her because I don’t think she’d run towards life for a very long time.

Q: How are you feeling about the show’s release at this strange time?

MW: It’s a very strange time. I can’t pretend I’m not distracted by what’s going on in the
world and that I have a handle on it all. This isn’t a show that’s going to solve the world’s
problems but equally, I understand the need that people have right now to put
themselves somewhere else for half an hour. The desire to find another place to put
their heads and their hearts. So if Run can provide that, it’s a service I can understand.